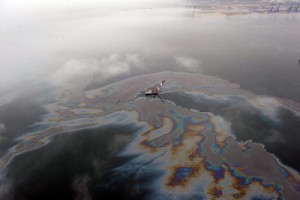 Drill here. Drill now. Right in your pointy head.
Really, why not? Other than lobotomizing the arguably lunatic fringe, you’d probably have just about as much chance of solving this country’s energy deficit as drilling anywhere else. The U.S. has about 3% of the world’s proven oil reserves. We use about 25% percent of the world’s production. Even the most mathematically challenged should be able to see the chasm between those two numbers. If we drilled into every recoverable blob of oil, we would have enough for a few years use at most…not to mention it would cost a trillion dollars to do so. But wait you say…there’s got to be more than that! Under that mountain, or maybe that lake…it’s got to be there somewhere. Maybe it is. Maybe there’s some in the tar sand, oil shale, what have you. Maybe it’s on the dark side of the moon, or in the land of Narnia. But it ain’t gonna be cheap. And history has shown that oil companies would rather buy cheap and sell high, than the other way around. Aside from the lunacy of allowing people to own what’s under the ground in the first place (who owns all that iron at the earth’s core?) It’s time to face reality, America. We’re probably going to see the end of the petroleum era in our lifetimes, and it can come painfully and expensively, or very painfully and very expensively, depending how soon we get to work on it. Spending billions searching for phantom oil will not postpone the inevitable, merely enrich those who have a vested interest in continuing to blow smoke in our faces…literally.

One Reply to “Drill Baby, Drill!”